Welcome to the website of study association Albion. Almost every degree at Utrecht University has its own study association, and for the degree of English Language and Culture this is Albion. As a study association, we do everything we can to help you get the most out of your time at Utrecht University. We organise all sorts of activities: from career events and symposia to parties and pub quizzes, but also trips to Ireland, Scotland or England. We are in close contact with the English Department and make sure your feedback reaches the right people. None of this is mandatory, every activity is organised for all members and you can simply join whenever you like. Do you want to know more about Albion and its activities? Check out our brand new brochure.

You can join Albion if you study or have studied English Language and Culture at Utrecht University. Contribution is €10 annually, but for your first year there will be an additional €20 fee. Once you are a member you are more than welcome to join every activity Albion organises and you will receive discounts on your study books if you order them in our web shop. Click here to join Albion.

Like the Albion Facebook page to keep yourself updated and entertained. It contains up-to-date information on all activities and events. You can also ask your quick questions there. And of course you can always reach us via albionutrecht@gmail.com.

Albion Utrecht has been around since 1959; however, it ceased to exist at some point. It was refounded in 1991 as the study association we now know and love.

Peter Schelleman, an old board member, gives us some more insight into the earlier days of Albion, as he recounts the year 1968-1969:

“When I first started my study in 1966 with roughly 40 fellow students, the English department was located at the Maliebaan. All students automatically became a member of Albion. Each year a new Albion board was installed, made up of second and third year students. The biggest accomplishment of our board was our trip to London: it was the first time it was organized and we were immediately fully booked. Most of the time we were busy planning parties and such, but representing our fellow students higher up was hardly ever possible, as we did not have any standing there’. But those were obviously different times: the English department had 3 toilets, labelled ‘ladies’, ‘gentlemen’ and ‘professors’.”

“Originally there were two institutes: one for English Language and Literature and the other one for American Literature, co-located in adjacent buildings at the Maliebaan.

Later on, when student numbers kept rising (at one time we enrolled 140 (!) first-year students) the Institute was moved to the Oudenoord.

From there it was transferred to the Trans where it still resides, although in a diminished form, no longer a separate entity, but amalgamated into the Department of Languages, Literature and Communication.

Far more interesting are the changes in the education programs.

Actually – hard to believe nowadays – not many students finished in less than seven years, if they finished at all, because only about a third of the first-year students were awarded the doctoraal degree.

When new full professors were appointed to the department the emphasis of study subjects was switched from knowledge to insight and the curriculum was tightened up resulting in far more students taking their kandidaats degree within the prescribed three year period.

The new two phase structure (twee fasenstructuur) professionalized teacher training into a separate tract after a four year program (propedeuse one year and doctoraal three) but was swept away (and a good thing this proved to be) by the European move towards a Bachelor-Master curriculum with its wide range of specializations after the bachelor period.

Much has changed in the program throughout the years and for the good, but some elements remain, such as the language laboratory, descriptive grammar and other first year programs which look alike to the ones we had to go through.

Others have been dropped from the curriculum such as the obligatory first year course in Gothic (the language, not the clothing) and the dreaded translation tests which decided one’s proficiency in written English in years one, two and three.”

Another old board member, Jan Paul Kuijper, also shared some memories from his time at Albion.

You were a member of Albion and you were part of the board, right? “With four or five friends we started something so English students could order their books more easily. We organised bar-evenings, and we also organised introduction weekends for new students. All the first years went, together with a few second and third years, to a youth hostel in Heemskerk, where we got to know each other a little more. I always experienced that everyone knew everybody, partly because of Albion, and partly because each year consisted only of about 50 students. After a while, we received a key to the building from the concierge because we organised so many activities. Albion was then still in its infancy, and in that time (the end of the 1970s) it was more of a small group that organised activities and book sales, and it didn’t really have an official board with statues and documentation and all that jazz.”

Albion is the oldest (known) name of the island of Great Britain, and is today still used in poetry. The white cliffs of Dover may have been the reason Great Britain was called Albion; as Albion means either white, or hill.

In the 12th century Historia Regum Brittanae (The History of Kings in Britain), goddess Diana tells Brutus of Troy:

“Brutus! there lies beyond the Gallic bounds
An island which the western sea surrounds,
By giants once possessed, now few remain
To bar thy entrance, or obstruct thy reign.
To reach that happy shore thy sails employ
There fate decrees to raise a second Troy
And found an empire in thy royal line,
Which time shall ne’er destroy, nor bounds confine” 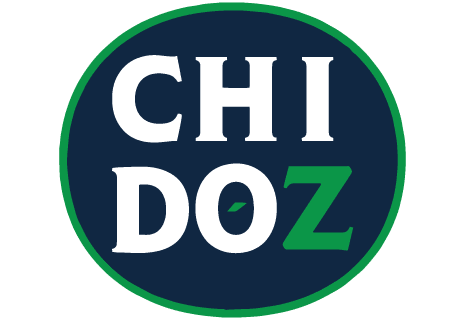